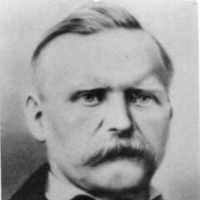 When James Toomer was born on 8 June 1827, in Homington, Wiltshire, England, United Kingdom, his father, James Toomer, was 32 and his mother, Jane Carpenter, was 34. He married Mary Jane Cook on 30 March 1854, in Southampton, Hampshire, England, United Kingdom. They were the parents of at least 5 sons and 3 daughters. He died on 31 January 1894, in Lanark, Bear Lake, Idaho, United States, at the age of 66, and was buried in Lanark, Bear Lake, Idaho, United States.

English (Hampshire, Wiltshire and Somerset): habitational name from Toomer in Henstridge (Somerset). The etymology of the placename is uncertain.

“My great grandmother, Emeline Eliza Toomer, was born on September 10, 1866 in Morgan, Morgan, Utah to James Toomer and Mary Jane Cook. Her parents joined the church in England and as a young ma …