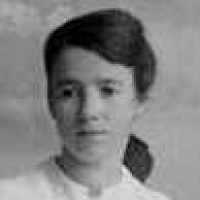 English, Irish (Tyrone and Antrim), and Dutch: variant of Clement , with genitival or post-medieval excrescent -s. In North America, this surname has absorbed cognates from other languages, e.g. German Clementz and Slovenian patronymic Klemenc (see Klements ).

A story about the Clements Family - Daughter Elizabeth specifically

I found this story on the profile of daughter Elizabeth. It is mostly about her, but it does have specific information about the entire Clements Family... "Elizabeth Clements was born at Liberty, …