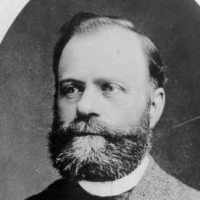 Yours in the Cause of Truth

Why him? Missionary work was a young man’s sport. And here Henry Kloepfer, father of seven, was being asked to serve a full-time mission at the age of 50. Most of the elders who were going out into t …