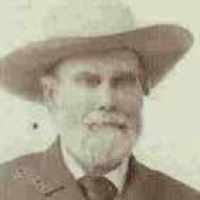 English (London and Hertfordshire): from the Middle English and Old French female personal name Cat(h)eline, the common French pronunciation of Caterine (see Catherine ).French (Pas-de-Calais): rare variant of Cathelin (and, in North America, possibly also an altered form of this), a cognate of 1 above.

This is the story of two families coming together into one. This involves the first two wives of George Washington Catlin. There are certain facts that we know and then some assumptions that I have m …