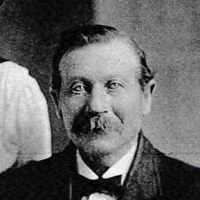 The Life Summary of Frederik Valso

When Frederik Valso Christensen was born on 15 February 1845, in Østerby, Øland, Hjørring, Denmark, his father, Christen Larsen, was 32 and his mother, Kiersten Jensdatter, was 32. He married Mette Marie Sorensen on 26 June 1868, in Brovst, Ålborghus, Denmark. They were the parents of at least 4 sons and 6 daughters. He lived in Brovst, Øster Han, Hjørring, Denmark in 1870 and Pleasant Grove, Utah, Utah, United States in 1880. He died on 7 June 1920, in Brigham City, Box Elder, Utah, United States, at the age of 75, and was buried in Brigham City, Box Elder, Utah, United States.

Put your face in a costume from Frederik Valso's homelands.

Frederik Valso Christensen was born February 15, 1845 in Osterby, near Oland, Hjorring Amt, Denmark. He was the son of Christen Larsen and Kirsten Jensen, and the second of six children, four boys an …