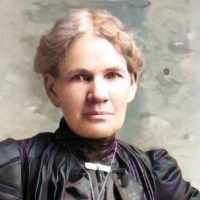 The Life Summary of Elizabeth Galloway

Put your face in a costume from Elizabeth Galloway's homelands.

I, Thomas Benson Hull, present just a short sketch of my life. Both of my parents were born in Scotland. My father, William Gibson Hull, was born in Scotland on September 18,1842, and my mother, Eliza …