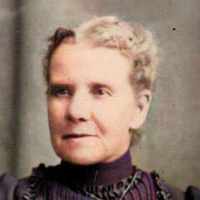 English (of Norman origin): variant of the Norman surname de Frescheville, from an unidentified place in France named Frècheville. The English surname Freshfield is also derived from this placename. The surname Fretwell is attested in Derbyshire from the 13th century. Alternative possibilities include minor placenames in the Midlands or north of England, such as Fretwell Close in Tadcaster, Yorkshire, or the lost Frethewell in Morton, Nottinghamshire, but there is currently no evidence to support these origins.English: habitational name from Fritwell, Oxfordshire, which is possibly derived from Old English freht, fyrht, firht ‘augury,’ and w(i)elle ‘well’, meaning ‘wishing well’. This name is recorded as Fretewell in 1203, and Fritewell in 1236.

In 1873, shortly after the death of their father, brothers John (22) and Orson (19) traveled together from England to come to live with their older sister Mary in Cedar City. Their mother had died w …