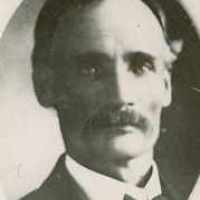 The Life Summary of George Richard

Put your face in a costume from George Richard's homelands.

THE LIFE OF EVA HARDMAN STONES

(As told to her granddaughter Joyce (Herrick) Scanlon in her 81st year) I, Eva Hardman, was born to George Richard Hardman and Adelia Ann (Stephens) Hardman on October 27, 1870, in Ogden Valley, now k …