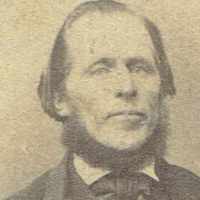 Personal Record of Mary Caroline Godfrey written by herself

History of my childhood days. I was born in South Cottonwood, Utah near the cementary and a half mile from the church house. My parents were Charles Godfrey and Sophia Clifton. My father died when I w …