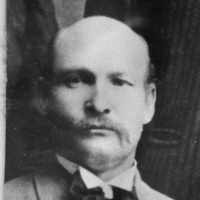 The Life Summary of Alexander Beckstead

Put your face in a costume from Alexander Beckstead's homelands.

Alexander Beckstead Hunsaker, the first child of Harriet Beckstead and Abraham Hunsaker, was born on May 19, 1852 in Little Cottonwood, just outside of Salt Lake City, Utah, He spent most of his young …