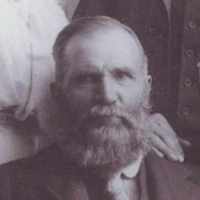 The Life Summary of Gillispie Walter

Put your face in a costume from Gillispie Walter's homelands.

English and Irish (Mayo): from the Norman personal name Waleran, Galeran (ancient Germanic Walahram, Old French Galeran(t)), composed of the ancient Germanic elements walh ‘foreigner’ + hrafn ‘raven’. Compare Walraven . In Ireland, where it is common, this name was Gaelicized early as Mac Bhalronta, also later as Mac Bhaildrin and de Bhaldraithe.English: habitational name from a place in Sussex named Waldron. The placename derives from Old English wald ‘woodland’ + ærn ‘building’.History: This is the name of a prominent NH family, established there since the 17th century. Richard Walderne (born c. 1615) came to New England from Alchester, Warwickshire, England, c. 1640 and settled at Dover, NH.