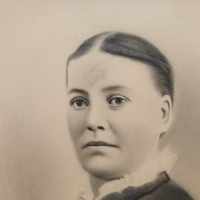 The Life Summary of Mary Miranda

Put your face in a costume from Mary Miranda's homelands.

HISTORY OF HANNA (OLSSON) SEELY, By a Granddaughter, Chasty 0. Harris, May 1932

When Hanna Olsson was thirteen years of age, she and her mother slipped out of the house at midnight and walked six miles to be baptized into the Church of Jesus Christ of Latter-day Saints at Slimein …