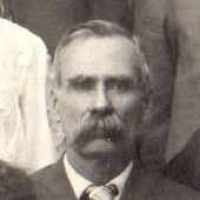 The Life Summary of Heber

Put your face in a costume from Heber's homelands.

Dutch: habitational name of German origin, from Odenkirchen near Rheydt (North Rhine-Westphalia), or from Adinkerke, the spelling Odekirk being a reflection of the local pronunciation.

Heber Odekirk was born on 5 August 1845 in Nauvoo, Hancock, Illinois to Isaac Carter and Eliza Dutcher Odekirk. He was the fifth of seven children, three girls and four boys. His father Isaac …