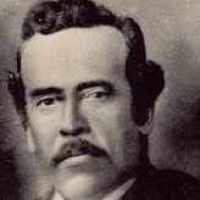 The Life Summary of William Nicholas

When William Nicholas Goodman was born on 9 September 1841, in Bristol, England, United Kingdom, his father, Thomas Goodman, was 30 and his mother, Maria Symons, was 32. He married Margaret Ann Taylor on 27 February 1864, in Salt Lake City, Salt Lake, Utah, United States. They were the parents of at least 5 sons and 6 daughters. He lived in Chelsea, Middlesex, England, United Kingdom in 1861 and Minersville, Beaver, Utah, United States for about 9 years. He died on 8 March 1885, in Saint David, Cochise, Arizona, United States, at the age of 43, and was buried in Saint David Cemetery, Saint David, Cochise, Arizona, United States.

Put your face in a costume from William Nicholas's homelands.

There is nothing spectacular to record in the story of my life, but since you have asked for that story, here it is. I, Ada Flavilla Emeline Weeden, was born January 8, 1859 in the township of Mayf …