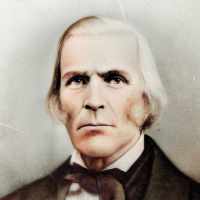 The Life Summary of Stillman

Put your face in a costume from Stillman's homelands.

Stillman Pond, an early Utah Pioneer, was born on the 26th of October, 1803, at Hubbardston, Worcester, Massachusetts. He was the son of Preston Pond and Hannah Rice. His paternal grandfather was a re …