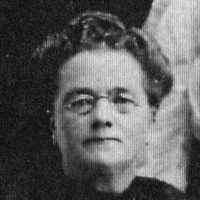 The Life Summary of Jane Theodora

Put your face in a costume from Jane Theodora's homelands.

Jane Wright daughter of George and Deborah Ann Hazley was born November 28, 1852 in Busby, Midlothian, Scotland. When she was two years old her father died, leaving her mother thirteen children to car …