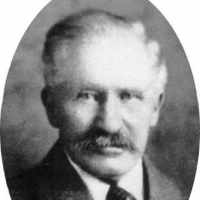 When Lauritz Mathias Christian Christensen was born on 22 July 1847, in Kobberø, Gettrup, Refs, Thisted, Denmark, his father, Christian Christensen, was 29 and his mother, Karen Lauritzen, was 20. He married Else Kathrine Andersen on 22 April 1866, in Ålborg, Vor Frue, Ålborg, Denmark. They were the parents of at least 6 sons and 7 daughters. He lived in Gettrup, Refs, Thisted, Denmark for about 10 years. He died on 10 November 1928, in Manti, Sanpete, Utah, United States, at the age of 81, and was buried in Manti, Sanpete, Utah, United States.

Put your face in a costume from Lauritz Mathias Christian's homelands.

Colleen Keeler was my grandmother and the great-granddaughter of Laurs Mathias Christian Christensen. Laurs was born in a rambling farmhouse where there was plenty of room for happiness and love. Hi …