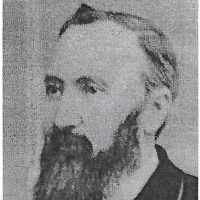 The Life Summary of Christopher Jones

Put your face in a costume from Christopher Jones's homelands.

AN ACCOUNT OF MY ANCESTORS CONTRIBUTIONS TO THE TEMPLE BUILDING AND TEMPLE SERVICE compiled by Caroline Arthur Nelson Westover My great grandfather Isaac C. Haight and his wife were baptized in Amen …