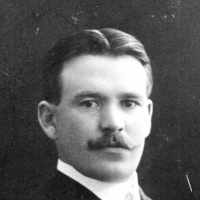 The Life Summary of Peter Christiansen

When Peter Christiansen Peterson was born on 17 October 1828, in Ringsaker, Hedmark, Norway, his father, Christian Pedersen, was 33 and his mother, Agnete Erichsdatter, was 36. He married Anna Marie Olson on 13 October 1850. They were the parents of at least 5 sons and 5 daughters. He lived in Hedmark, Norway in 1828 and Fremont, Idaho, United States in 1910. He died on 16 January 1914, in Plano, Madison, Idaho, United States, at the age of 85, and was buried in Ogden, Weber, Utah, United States.

Put your face in a costume from Peter Christiansen's homelands.

Birth year of Colonel Heg Hans Christian Heg emigrated in 1840 with his parents to Muskego, Wisconsin. Norwegian American Civil War hero, abolitionist, journalist, anti-slavery activist, politician and soldier. He was best known for leading the Scandinavian 15th Wisconsin Volunteer Regiment on the Union side in the American Civil War.

Pioneer, Telegraph and the Railroad

Many important things happened during the lifetime of our forefathers. The year 1866 was notable in Utah for the establishment of the Deseret Telegraph line. Brigham Young instructed the Bishops to …