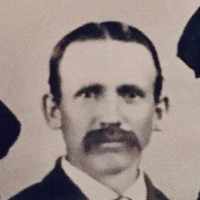 The Life Summary of John Bailey

Put your face in a costume from John Bailey's homelands.

History of John Baugh Written by Rosella Fensky Andersen John Baugh was born 11 October 1827 at Old Park in the parish of Dawley Magna, Shropshire, England. He was a son of John Baugh and Rachel Bai …