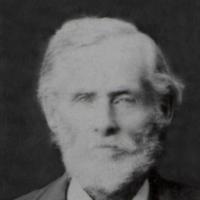 English and French: occupational or status name for a young servant, Middle English page, paige, Old French page (from Italian paggio, ultimately from Greek paidion, a diminutive of pais ‘boy, child’). The surname has also been established in Ireland since the 16th century. In North America, this surname is also a shortened form of the French cognate Lepage .French Canadian (Pagé): altered form of French Paget , a diminutive of 1. Compare Pashia .North German: metonymic occupational name for a horse dealer, from Middle Low German page ‘horse’.

Information from Eulalia May Page Nielsen from hand written pages of her life. Second history by his other Daughter Alice Addie Page Hancock. JOS …