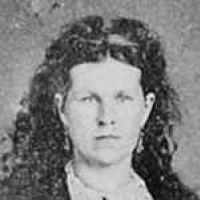 The Life Summary of Mary Watkins

Put your face in a costume from Mary Watkins's homelands.

The Williams Girls by D.P. Woodland

Who are these with hair so white, With faces so divine? Their furrowed brows speak words of love Their countenance doth shine. So stately there they stand tonight Each a mother, a queen, No fa …