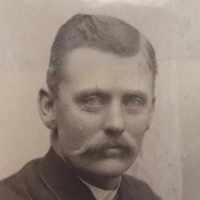 The Life Summary of Harold Frietoff

Put your face in a costume from Harold Frietoff's homelands.

Swedish: ornamental name composed of the elements lilja ‘lily’ (in a German-influenced form) + quist, an old or ornamental spelling of kvist ‘twig’.