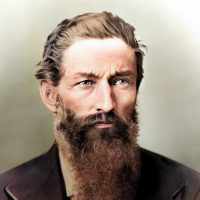 The Life Summary of Benjamin Morgan

Put your face in a costume from Benjamin Morgan's homelands.

Dear Tamee: Thank you for your interest in the Mormon Pioneer Overland Travel website and for bringing to our attention the name of Benjamin Morgan Roberts. Because some of the pioneer company roste …