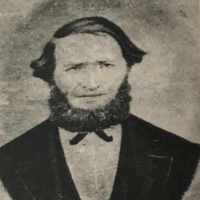 The Life Summary of John Evan

When John Evan Price was born on 3 March 1817, in Llandeilor-Fan, Breconshire, Wales, United Kingdom, his father, Evan Price, was 29 and his mother, Esther Price, was 29. He married Ruth Williams on 28 May 1841, in Llandeilor-Fan, Breconshire, Wales, United Kingdom. They were the parents of at least 4 sons and 4 daughters. He died on 22 September 1878, in Samaria, Oneida, Idaho, United States, at the age of 61, and was buried in Samaria Cemetery, Samaria, Oneida, Idaho, United States.