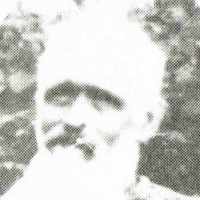 When William Powell was born on 18 December 1852, in Whitwick, Leicestershire, England, United Kingdom, his father, Edward Powell, was 32 and his mother, Ann Tongue, was 32. He married Alice Elizabeth Robinson on 2 October 1881, in Upton, Summit, Utah, United States. They were the parents of at least 6 sons and 3 daughters. He lived in Charlwood, Surrey, England, United Kingdom for about 10 years. He died on 9 March 1927, in St. Anthony, Bingham, Idaho, United States, at the age of 74, and was buried in Parker Cemetery, Parker, Fremont, Idaho, United States.