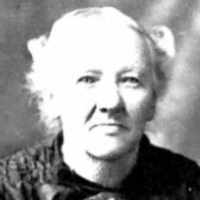 The Life Summary of Emma O'conner

Put your face in a costume from Emma O'conner's homelands.

By granddaughter Ann Goff Dowding. Grandfather Goff was a man with some odd mannerisms. If he were asked, 'How old are you?' his answer was always, 'Five-foot eight.' If asked when he was born he wou …