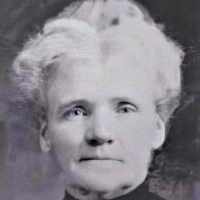 The Life Summary of Jane Eleanor

Put your face in a costume from Jane Eleanor's homelands.

History of John Griffiths (Pioneer of 1856)

This was written by Jane Clegg Edwards, his grand-daughter Submitted to Camp Bonneville of The Center Utah County Daughters of Utah Pioneers, Provo, Utah John Griffith was born July 7, 1810, at Ca …