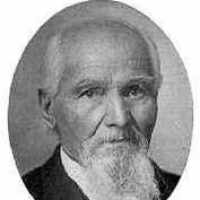 Put your face in a costume from Joseph Aimee Auguste's homelands.

The Arc de Triomphe was made specifically right before Napoleon I victory in Austerlitz in 1806 and took 30 years to build. Sadly Napoleon I would not live to see the creation finished. It’s name means triumphal arch. Assassination attempts were made on both Charles De Gaulle and Jacques Chirac from this location. Even though its name means triumph it has seen many times where Germans triumphally marched under it after winning battles.

Extract from "Histories of Bunot and Roberts Families"

AGREEMENT ON THE DISTRIBUTION OF PROPERTY OF JACQUES AND ROSALIE'S MOTHER AFTER HER DEATH TO ROSALIE. Between the undersigned Mr. Gabriel Toussaint Bunot, customs collector at Bellegarde, acting in t …