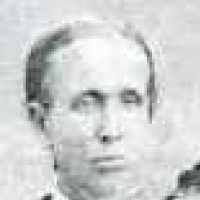 English: habitational name from any of numerous places called Walton, which are named with Old English walh ‘foreigner, Briton, serf’ (genitive plural wala), wald ‘woodland’, wall ‘wall’, or wælla ‘well, spring, stream’ + tūn ‘farmstead, estate’.History: George Walton (1741–1804) signed the Declaration of Independence. He was born in Prince Edward County, VA, whither his grandfather had emigrated from England in 1682. He moved to Savannah, GA, and became governor of GA and a prominent jurist.

Mary Walton joined the Church in Brown’s Settlement Pennsylvania. They moved to Nauvoo, Illinois and left with the Saints in 1850 with the William Snow/ Joseph Young Company. Mary crossed the plains a …