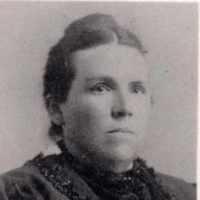 The Life of Nancy Maria

Put your face in a costume from Nancy Maria's homelands.

On October 9, 1848, an arsonists fire claimed everything but the outer walls of the Nauvoo Temple since the structure was made out of limestone and wood. It was meant to discourage the Saints that had fled to never come back.
1863

English (West Midlands):1. habitational name from a place in Shropshire named Badger, probably from an unattested Old English personal name Bæcg + Old English ofer ‘ridge’. 2. occupational name for a maker of bags ( see Bagge 1) or for a peddler who carried his wares about with him in a bag. It is unlikely that the surname has anything to do with the animal ( see Brock 2), which was not known by this name until the 16th century.

NATHANIEL ASHBY Shoemaker and merchant- first of his line to join the L.D.S. Church Gave his life for the Gospel NATHANIEL ASHBY son of Benjamin Ashby and Mary Young, and father of William Hardin As …