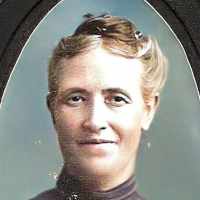 Isaac was born 14 June 1835 in Ravenstone, Leicestershire, England. He is the 2nd child born to John Wardle and Mary Kinston Morton Wardle. In Bishop’s Transcripts of Ravenstone, Derby, Engl …