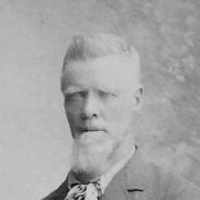 The Life Summary of John Clark

Put your face in a costume from John Clark's homelands.

Scottish and Irish: habitational name from the county and earldom of Angus in Scotland, or from the Gaelic personal name Aonghus, said to be composed of Celtic aon ‘one’ + gus ‘choice’. This was borne by an early Celtic deity and prominent mythological figure, and a famous 8th-century Pictish king.

John Clark Angus was born November 25, 1835 at Concrigie, Portshire, Scotland, the son of John Alexander and Jane Clark Angus. His father's home was congenial and happy. He had one brother and fi …