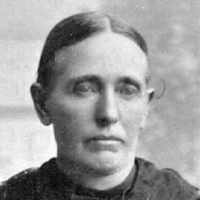 The Life Summary of Adeline

Dutch: habitational name from a farm called Voorhees, located in the hamlet of Hees near Ruinen, in the province of Drenthe. This surname is not found in the Netherlands. Compare Van Voorhees , Voorheis , Voorhies , Voorhis , Vorhees , and Voris .History: Steven Coertse van Voorhees emigrated with his wife and children from the farm of Voorhees in the Netherlands and settled at New Amersfoort (now Flatlands) on Long Island, New Netherland (now NY), in 1660. Today the family Voorhees with its numerous branches is one of the largest, if not the largest, Dutch family in North America. The name is also established in the forms Van Voorhees, Voorheis, (Van) Voorhies, (Van) Voorhis, Vorhees, Voorheese, Vooris, Voorus, Voreis, Voress, Vorheis, Vorhes, (Van) Vorhies, (Van) Vorhis, Vories, (Van) Voris, (Van) Vorous, Vorus, Vorys, etc.

A bit about Adeline