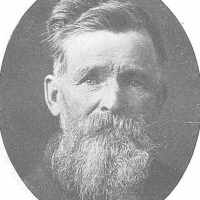 The Life Summary of Winfield Scott

Put your face in a costume from Winfield Scott's homelands.

Glimpses of My Father by Sarah Hullinger Perry

Soon after their marriage in 1820, John and Olive Hullinger moved from her girlhood home in Columbus, Ohio to a farm in a densely wooded section in Mad River Township, Ohio. It was there on December …