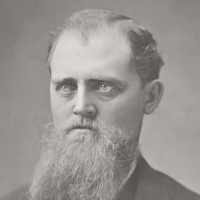 The Life Summary of John Chapman

Put your face in a costume from John Chapman's homelands.

THE SADDEST DAY IN OUR YOUNG LIVES

THE SADDEST DAY IN OUR YOUNG LIVES Ivan: Uncle George Duncan came to Vernal in late December 1906 or early January 1907. We had left two horses at Ferron and he told us he would bring them to us. And …