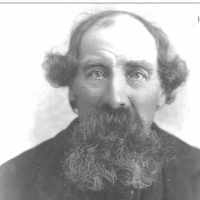 The Life Summary of Peter Sorensen

When Peter Sorensen Petersen was born on 6 May 1841, in Århus, Denmark, his father, Søren Pedersen, was 35 and his mother, Ane Magrette Baltzersdatter, was 34. He married Ane Marie Nielsen on 24 October 1878, in Salt Lake City, Salt Lake, Utah, United States. They were the parents of at least 1 son and 2 daughters. He lived in Fruering, Hjelmslev, Skanderborg, Denmark in 1850 and Brande, Nørvang, Vejle, Denmark in 1850. He died on 15 January 1907, in Richville, Morgan, Utah, United States, at the age of 65, and was buried in Richville Cemetery, Richville, Morgan, Utah, United States.

Put your face in a costume from Peter Sorensen's homelands.