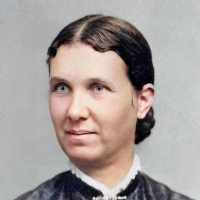 PLEASANT SPRAGUE BRADFORD AND JANE JONES BRADFORD Pleasant Sprague Bradford was born Feb. 2, 1843 at Hancock, County, Illinois, and died Nov. 6, 1906 at the age of 63 at Spanish Fork, Utah. He was th …