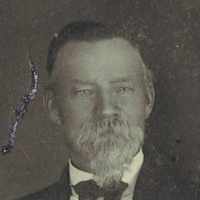 The Life Summary of George Alma

Put your face in a costume from George Alma's homelands.

Scottish: habitational name from Perth (Perths), which is recorded as Pertc. 1128. The placename derives from Pictish perta ‘(at the) thicket, copse’.English: nickname, probably from a shortened form of Middle English, Old French apert ‘open, plain to see’, of persons ‘frank, honest’ or ‘accomplished’.