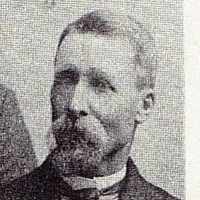 The Life Summary of Alexander Gillespie

Put your face in a costume from Alexander Gillespie's homelands.

Compiled by his granddaughter Mary Jane Adamson Shields. In an obscure village called Dunfermline Fifeshire, Scotland, there lived a youth by the name of David T. Adamson, he was under average in hei …