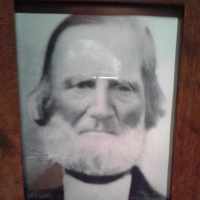 How Beautiful the Mountain Side in Wasatch County D.U.P pg. 254-255

Elisha Averett was born Dec 20,1848 at Potawatamie Co. Iowa, a son of Elisha and Sarah Jane Witt Averett and was the oldest of fourteen children. He had many harrowing experiences in his early youth i …