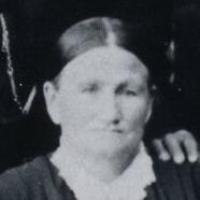 The Life Summary of Johanne

Put your face in a costume from Johanne's homelands.

Johanna Hansen Jensen by Janet Christensen from the Daughters of Utah Pioneers Johanna or Hanna Hansen was born April 27, 1830 at Overdamhuset Parrish of Blosstrod, Frederiksborg, Denmark. The daug …