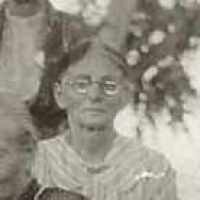 The Life Summary of Kristine Marie

Put your face in a costume from Kristine Marie's homelands.

Biographical Sketch of the Life of Mrs. Christine Peterson Smith

Data provided by her daughter Mrs. Zion S. Powell Mrs. Christina Peterson Smith was born October 16, 1858 in Agersted, Denmark. She is the daughter of Peter Peterson and Maria Jensen Peterson. He …