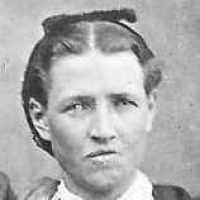 The Life Summary of Temperance Keturah

Put your face in a costume from Temperance Keturah's homelands.

Chapter taken from "To Them It Was Real" Lizzy’s Arrival in St. George As noted in the previous chapter, Ellen Male Ford and her daughters reach New York on September 30, 1877, and arrived at Salt L …