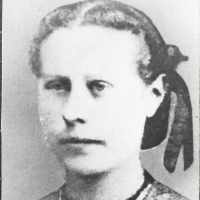 The Life Summary of Anne Sophia

Put your face in a costume from Anne Sophia's homelands.

Jens Peter Larsen Breinholt was born on February 1, 1844 to Laurs Jensen and Anna Sophia Nielsen, in a small village in the south part of Jutland, in Denmark called Vinding Strand. He later wrote of h …