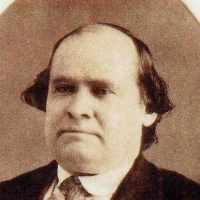 The Life Summary of William J.

Put your face in a costume from William J.'s homelands.

By His Sister, Mary Owens Pratt William Owens, son of William J. Owens and Elizabeth Roberts, was born July 4, 1860 in the Sixteenth Ward in Salt Lake City. He was baptized by William A. Noble Jul …