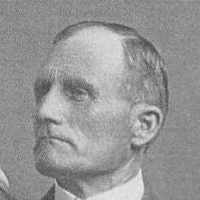 The Life Summary of Charles Rowlands

Put your face in a costume from Charles Rowlands's homelands.

CHARLES ROWLAND THOMAS Charles was born in Pembrokeshire, Roch Parish, Wales on 21 October 1850 to James and Elizabeth Rowland(s) Thomas. He was the oldest of three boys. His mother, Elizab …