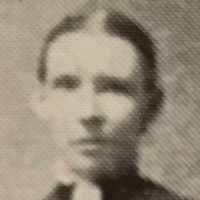 English: habitational name from any of numerous places so called, especially Ashton-under-Lyne near Manchester. Most are named from Old English æsc ‘ash tree’ + tūn ‘settlement’; the one in Northamptonshire is (æt thǣm) æscum ‘(at the) ash trees’. Others have been assimilated to this from different sources. The one in Devon is ‘the settlement (tūn) of Æschere’, while the one in Hertfordshire is ‘the settlement of Ælli’.

5 Oct 1836Mary Ann Frampton Cox gives birth to a boy. She and her husband Daniel William Cox name him Edward Franklin Cox. Edward is the fifth child of the couple. The Coxes live in the village of …