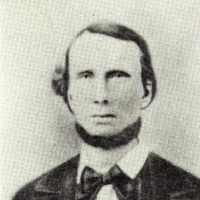 When Charles Taysom was born on 6 May 1818, in Lugwardine, Herefordshire, England, United Kingdom, his father, John Taysom, was 39 and his mother, Sarah "Sally" Preece, was 36. He married Mariah Jaynes on 26 December 1842, in Llanwenarth, Monmouthshire, Wales, United Kingdom. They were the parents of at least 5 sons and 5 daughters. He registered for military service in 1867. He died on 18 April 1891, in Rockland, Oneida, Idaho, United States, at the age of 72, and was buried in Rockland, Oneida, Idaho, United States.

There were three Hammer brothers that lived in Germany in the old Prussian area. They left there and went to Wales, where they met and married Welsh girls. They were Quakers. They left in 1720—1730 an …