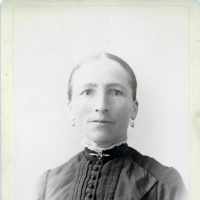 The Life Summary of Margaret Christine

Put your face in a costume from Margaret Christine's homelands.

Some characteristic forenames: Scandinavian Erik, Lars, Anders, Thor, Holger, Nels, Nils, Sven, Helmer, Lennart, Niels, Vibeke.English, Scottish, German, and Scandinavian: topographic name for someone who lived on an island, in particular a piece of slightly raised land lying in a fen or partly surrounded by streams, from Middle English, Middle Low German holm, Old Norse holmr, or else a habitational name from a place called with this element. The Swedish name is often ornamental.English: topographic name for someone who lived where holly grew, from Middle English holm, a divergent development of Old English hole(g)n ‘holly (tree)’; or, especially in southern England, a habitational name from any of the places such as East and West Holme (Dorset) or Holne (Devon). Compare Hollis .